1. Would you rather be a new vampire today or an ancient vampire?
Oh new please- way to much to learn as an ancient. Technology is difficult enough having grown up with it, never mind growing up with parchment & quill!

2. As a human- Would you rather get your freak on with Lestat or Dracula?
Lestat. Such a naughty, sexy vampire!

3. Would you rather sparkle in the Sun or burst into flames?
Much as I object to the concept of sparkly vampires, I would personally prefer to do that than combust! I am a bit of a night owl but never being able to go out in the day would be very restrictive. I’m a big fan of the Caribbean for starters.

4. Would you rather have one loyal human for a food source or multiple humans for variety?
Oh multiple. Darkly Vampires access their memories as they feed directly from a human and variety is the spice of life. As these vampires don’t dream the narcotic effects of the memories are more than half the pleasure. The more scared their victim is the more adrenalin in their system which gives the a kick as well as making their memories all the more vivid. Also, it’s hard to access the memories without infecting the victim with the Vampire Virus. New vampires are a pain in the arse. And they tend to bear a grudge.

5. You are at a club where biting humans is forbidden. Would you rather drink your blood from an ancient goblet or from a Crystal wine glass?
Oh crystal please, you can always trust a vampire to keep these ancient relics clean. They’re too easily distracted for cleaning, and they’ve eaten all the staff.

6. A vampire hunter is on your trail. Would you rather turn em (oh the irony) or drain em dry
them! Darkly Vampires aren’t immortal, they are lime lobsters- they only die when killed and they are a lot tougher than humans, but still billable so I wouldn’t be messing around. As I said- new vampires are troublesome and tend to hold a grudge. Who wants an extra tough, furious, vampire hunter after them?

7. Would you rather be a sexy vampire with fangs or a demonic evil looking vampire?
The Darkly Vampires are all slightly freaky looking- huge eyes, over long limbs, and skin as smooth and flawless as alabaster. There are some that are trollish though- massive slabs of muscles with big heavy brows and plates of bone in their foreheads. Rae & Layla are Pretty Ones- not only do they look utterly beguiling they have the Gift of Glamour. They can cause other vampires, and humans to lose their wits to lust. However it’s a difficult gift to manage safely and not only leads to excruciatingly embarrassing situations, but also makes other vampires distrust them. Especially Guillaume, the Pride leader, and vampire Rae has lost her heart to. He was enslaved by a Pretty One in the past and is too afraid of her powers to give Rae a chance.

9. Would you rather turn into a bat or fly in human form?
I wouldn’t care, I’d just love to fly. I’ve always dreamt about it, and every time I’m just line, ah course, this is how you do it. Like it’s a skill I’ve just temporarily forgotten how to do.

10. As a vampire- Would you rather be trapped in a room full of ravenous sex starved werewolves or zombies?
Hmmm- sex starved could be fun, in human form obviously. I reckon Rae could satiate them all and enjoy doing it.

Born in Liverpool, I grew up in West Wales. Without a I was forced to overcome my difficulties with the written word, and books became my escape of choice. I studied Behavioural Sciences at the University of but pestered my lecturers until I was allowed to study Creative Writing too.
I always planned to write- life just got in the way. Recently I found myself losing my joie de vivre. I was diagnosed with anxiety and depression. I needed to completely change my life: I needed to be open about my diagnosis. I am usually very self-sufficient, but I refused to give the depression the isolation it craves. I feared , I have found gentle compassion and support. I made time to write again. Writing soothes and grounds me; exhilarates and stimulates me.
Darkly Dreaming came to me as nightmares- entire scenes dreamt. I started writing them down, and quickly Rae and Layla’s characters introduced themselves and took over, and the whole book flowed. 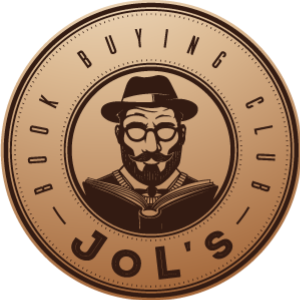