The feelings I experienced when I first started reading this book are difficult to describe; they would be similar, I imagine, to the impact one feels when jumping into a Nordic fjord. There’s the shock of cold water, and then the realization that there’s no gentle incline to the ocean floor beneath your feet – it simply drops away into inky black depths. Star Chaser: The Traveller contains some deep waters, indeed.

The author, Reiter, pens a debut novel whose ambition almost beggars description. The story spans multiple dimensions; the entire vastness of time and space are potential playgrounds for the characters. The primary word to describe the plot must be “conflict,” but conflict on multiple levels and between multiple sets of characters simultaneously. The book opens with a mysterious prelude of sorts, in which a strange, nearly-immortal entity, seemingly lost and defeated after an epic battle, takes refuge in a young mortal. Where will this story go? There are tantalizing hints – of earlier attempts at genocide, of exile and exclusion, of revenge and hatred. But rather than elaborate, Reiter immediately pivots to a young Malgovi boy, Dungias.

It is around Dungias, who is himself shunned by his own family and society, that the story revolves. Without the ability to wield the iro-energy of his people, Dungias is resented by his own parents and siblings. But rather than be defeated by this handicap, Dungias learns to rely instead on his most powerful ability – his keen mind and his unquenchable thirst for knowledge. After a seemingly chance encounter with a wise and powerful member of an alien race, Dungias sets out on a new course. From this point on, the story grows ever-more ambitious. The vague sense of threat and unease which came from the early prelude grows, we learn more about the nature and intentions of that mysterious entity, and the two storylines interweave to heighten the sense of tension.

The cast of characters numbered far too many to cover in any detail. Any reader is immediately struck by the fact that Star Chaser: The Traveler is not a 40,000-word almost-novella, hastily thrown together and as shallow as a puddle. Reiter’s story holds incredible depths, and the novel has the length to prove it. You cannot speed-read through Star Chaser. Reiter loads his story with alien terms, for everything from family relations to speeds and distances, and relies heavily on that vocabulary to reinforce his expansive world-building.

Reiter shares more with Robert Jordan and Brandon Sanderson than your typical bargain-basement sci-fi wannabe. I was particularly struck, in the opening scene, with that sense of jumping into the middle of a much large story. While Reiter doesn’t pull it off as smoothly as, perhaps, J.R.R. Tolkien does with Lord of the Rings, he successfully communicates the same feeling that this story is only one among many. Star Chaser: The Traveler shows us a glimpse of an even greater wealth of stories behind this one, entire sagas yet to be told.

The book is not without faults. Reiter spends little time explaining the vocabulary of his new worlds, requiring a considerable amount of mental effort to decipher which word means what. At times that distracts from the story. In other places, the writing turns surprisingly choppy and the novel could have used a closer edit. At first I found these flaws more than a little annoying, but as I worked deeper into the book my views shifted. I’d say now that these elements give the novel the impression of a recently-uncovered ancient tome, filled with a wonderful tale, but also with archaic and sometimes-confusing language.

And yet, while curiously rough and unpolished in places, Reiter’s Star Chaser: The Traveler remains, undoubtedly, a diamond. The plotlines are fascinating, well-developed, and expansive; the characters are flawed, growing, changing – and recognizably human, speaking to our shared emotions. Star Chaser may not appeal to those readers looking for mindless entertainment, but for people who yearn for truly epic stories, Reiter delivers a gold mine. Herein lie great depths and even greater treasures.

A sprawling, ambitious science fiction fantasy, both challenging and rewarding. 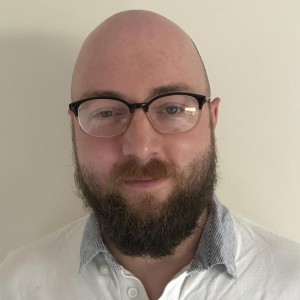