Beyond the Outer Rim – a Science-Fantasy series coming from the mind of Reiter, one of the Planner/Recorders of Th’iaM. I, G. Russell Gaynor, have been asked to interview this author… to see if we can get into the workings behind this epic tale.
PERSONAL NOTE: This is incredibly interesting for me. Reiter is my pen-name.
In short, everyone, welcome to my nightmare!

G: Reiter. Can I call you Reiter?

G: Sorry, may I call you Reiter?

R: Perhaps you should. It is, after all, my name.

G: Did I miss anything in the opening paragraph?

R: It was a bit abrupt. But, as I have read most of your writing, I have come to realize that is a personal preference: jumping into the middle of things and explaining in both directions of time.

R: No, you almost perceived my statement as it was intended.

(We take a pause as we both can hear our mutual Editor-In-Chief Madolyn commenting, “How to make someone hate a writer in five easy steps!”)

G: Sorry about that. I didn’t know she was going to be around today.

R: There is no need. She and I came to terms years ago. Her hatred is qualified but hardly quantified.

R: She does not truly hate me. Hating me is much like hating the rising sun. Though I am hardly a force of nature, I only aggravate her when she has had the proverbial bad night of sleep.

G: Wow! You’re kind of full of yourself, aren’t you?

R: How would you suggest I be a fractional part of myself?

G: We’re off topic, and I think we should get back to the matter at hand. Before we get into BTOR… (I hesitate as it seems I’ve said something Reiter doesn’t agree with) … is there a problem?

R: The series is called Beyond the Outer Rim, not BTOR.

G: You’re not one for contractions or abbreviations, are you?

R: Tell me where you find life abbreviated? Contractions are, in my opinion, the gateway to apathy. It is lazy speech afforded to the masses in the name of expediency.

G: WHATever, man. Get over yourself. You’re here to tell stories!

G: Good! Let’s talk about that. What is Th’iaM?

R: Oddly enough, it is a term that is something of a contraction. It stands for “The I Am Game”. The original architects of the tabletop role-playing game were about the business of filling their minds and had happened across Descartes in their trek. Aside from their coursework, they had also run their course of interests with Dungeons & Dragons, a game that they, to this day, hold in high regard. It is simply that they felt the game pulled the player into an arithmetical perspective instead of actual role-playing. That, and the math upon which the game was based was inherently flawed. So, these industrious and ambitious young men took it upon themselves to fashion a new system. Something I believed is referred to as Home Brew.

G: Okay, that surprised me. Didn’t know you’d be aware of the term.

R: Most amusing… that you would think I would not know something that you do.

G: Hey, you’re the one who said you’ve read most of my writing.

R: I try not to read the pages I know you will delete.

G: And, getting back to Th’iaM…

R: That is where I was born. When you took your turn to run a scenario, the position of Planner/Recorder was created, and you dubbed it Reiter. Since the game is run with the players not in possession of their stats, they are invited to immerse themselves more deeply into their characters. The results have been wide in range and depth… and it has been my task, and immeasurable privilege and honor to record the comings and goings of this ever-expanding universe.

G: I’m sorry, was that humility?

R: It was, is, and hopefully will always be truth. Which is not to say that there have been no challenges. For instance, one player named several characters some form of the word Zeu. That is the bad news. The good news is that you then took it upon yourself to name all the characters.

G: It seemed to be the thing to do… much like life… we do not get to choose the names we are born to. But, if we so desire, we can change our names.

R: Thus, returning to the assumed basis of this game. While Descartes did not claim certainty of the minds of others, you have hypothesized that your mind is a universe and these stories are merely slivers of the events happening therein.

G: Tell us about the scenario Beyond the Outer Rim.

R: Have you ever known me to joke about a scenario?

R: It might help you to know that the events of this tale, whereupon some 22 players engaged in a 3-year running scenario has not yet been detailed in the pages of the series.

R: You have no room in which to act surprised. But to state it more simply – we have not yet reached the point where the role-play game began. That will be occurring in the next book, after Starborne III: The Sons of Z.

G: 10 books… 1.87 Million words… and you’re just getting to the point where the scenario began.

R: It was necessary to establish the characters; who they are and how they came to be.

R: It is an engaging epoch.

G: Are there any stories coming out of Th’iaM that are bigger?

R: I do not want to be harmful to you or your sense of duty. You are an author and you are writing stories that did not happen in Th’iaM. Those too must be seen to.

G: I’m going to put you down for a yes on that one.

R: While Beyond the Outer Rim possesses depth, it is not the largest of the Th’iaM tales.

G: Is that why it was chosen to be the first offering of Th’iaM.

R: It is not the first offering. Only the first to be published. The Seekers of the Locke was the first. But that is another story… as is-

G: Don’t! Please don’t. Like you said, I’ve got other things to do. With regards to BTOR, do you have a favorite character?

G: (after waiting for a moment) And their name is…

R: Not something I will reveal at this moment. It may prove to be too great a pain to bear in the coming pages.

G: ‘May prove to be’? You’re the author of this. Don’t you know what’s going to happen?!

R: I am the Planner-Recorder. It is my task to observe the characters and record their thoughts and actions. I follow their lead, they do not follow mine because I have no lead to give them.

G: But you said you’re about to come to the part where the gamers were in control of the characters. So that means they are telling the story now.

R: I listen to the characters, not the Questors.

R: The name given to the players of the game. Questors control the characters. In listening to the characters, I am obligated to bring their voice to the forefront. How many times did you have to correct a player when they tried to take an action based on player knowledge, something the character could not have possibly known?

G: Too many times to count.

R: So then, the actions of the game are one thing… the events of the story in the pages of this series may well be another. Only the players of the original scenario will know for certain.

G: Is there anything you would like to say in closing?

R: There is no closing. While I will not forever be the steward of this universe, it touched upon a place where all minds meet – the realm of the imagination. Only in the sphere of wonder can we hope to meet the people we can dream we will someday be. After all, isn’t that the point?

G: You just used a contraction!

R: It was the least I could do. You have put up with me for quite some time now. Consider it my way of saying ‘Thank You’.

G: You’re an ass… but not an insufferable one.

R: I am all that you have made me to be. The only question is: Am I your hope or your cautionary tale? Either way, I have served my purpose. Game on!

Aside from his various ongoing series, G. Russell Gaynor (and Reiter) also contribute to a yearly anthology of short stories – SylverMoon Chronicles – written & published by the Confederacy of the Quill, an international writers’ collaborative. You can find them on Facebook HERE. For more on BTOR, check out the series on the web HERE. 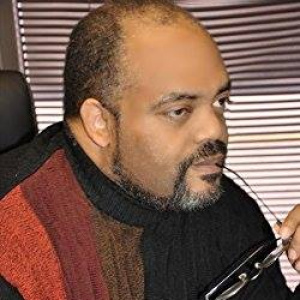