Blending elements of clairvoyance, passion, and suspense, The Cursed Kingdom is a page-turning historical fantasy romance that takes readers to Ancient Babylon. The book follows Bela, a Babylonian princess destined by Ishtar never to leave her land, and Alexander, a man destined by the Sun God to conquer it. Replete with vivid imagery, a strong female lead, and unexpected plot twists, The Cursed Kingdom is a fresh take on Alexander the Great’s military campaign into Babylon.

Bela is a seer. Her gifts are exploited by her father, King Darius, who appreciates them more than he does his bold, independent, and outspoken daughter. Sheltered and unsatisfied with her position in life, Bela somewhat gladly awaits Babylon’s capture by the barbarians. Perhaps then she will finally be free. Or perhaps then she will be doomed.

Her fate collides with that of Alexander’s, a majestic barbarian king whose army is encamped on the outskirts of the city. Alexander, fresh from conquering Persia, is convinced that his next conquest will reveal his true destiny. He also senses that Babylon is keeping a secret, one he must uncover before capturing and destroying the city.

And then there is the seer, a beautiful, irresistible woman who makes Alexander feel powerless…

With a skill uncommon in newer writers, Maya Daniels weaves the individual perspectives of her complex characters into a single narrative without disrupting the story’s plot and pace. The chapters often alternate between the characters’ unique points of view, giving readers invaluable insight into their thoughts and personalities. Daniels’ technique is particularly useful in understanding Alexander, whose outward behavior rarely reflects his mind’s inner workings. This writing style is also useful for developing the book’s minor characters like Hephaestion and Roxana. Although these characters say very little, their unspoken motivations are critical to the storyline.

Additionally, readers will appreciate the romantic tension between characters. Passionate trysts and scorned lovers often lead to drastic outcomes that move the story forward. Gula’s infatuation and jealousy drive her to violence. Awil’s lust doesn’t translate to love, which has unfortunate consequences. Alexander and Bela’s passion burns bright, brighter than the rage in Hephaestion’s heart. Even Roxana has a secret lover…or so it seems.

The book’s vivid details lend to vibrant world building, scene setting and character development. Although this is one of the book’s strengths, Daniels’ descriptive storytelling often extends to mildly graphic descriptions of violence and sexual activity. Though brief and never obscene, The Cursed Kingdom is not recommended for young readers or those who want to avoid sexually explicit material.

This note of caution aside, The Cursed Kingdom contains all the requisites for a good read: constant action, love, betrayal, and a kingdom that hangs in the balance. It is a well-written, fast-paced novel that will captivate both lifelong fantasy readers and newcomers to the genre. The plot is rich and compelling; the characters are multifaceted and intriguing. The most admirable aspect of the book is its dedication to consequential decisions that will keep the reader engaged until the last page. Awil’s negotiation with the Macedonians nearly costs Bela her life; Alexander contemplates a decision that may cost him his destiny. Bela’s inner turmoil throughout the book will keep readers guessing: will she choose her beloved Babylon, or her life? Will Bela choose her family, or the man she loves? Will that man choose to capture her kingdom, or capture her heart? 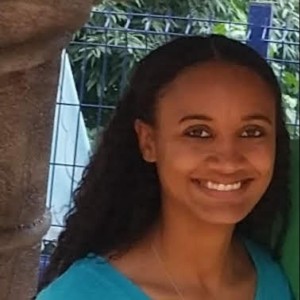